Michael is Chief Executive Officer at the Canberra Convention Bureau (CCB) joining the organisation in October 2015.

Michael joined CCB from Canada, most recently as Executive Director for Meetings & Conventions Prince Edward Island, a not-for-profit membership based organisation representing the Province for Marketing, Sales and Product Development.  Previous roles encompassed hotel sales, operations and food and beverage in hotel brands that include Delta Hotels & Resorts, IHG, Marriott, Renaissance and Fairmont, in Canada, Australia and the UK.

Michael has more than 25 years of industry experience including tourism education with an MBA from the University of Guelph (2006) and previous studies in Tourism at Ryde TAFE (1994). Michael’s MBA major paper studied the impact mega events such as the Olympics have on the host cities lodging sector and tourism infrastructure.

Prior to commencing his role at CCB, Michael was part of the Executive with the Destination Marketing Association of Canada (DMAC) and has also held several marketing, industry and curriculum advisory roles.

Brisbane EDA is the official economic development board for the City of Brisbane and the driving force behind Brisbane’s growing reputation as a progressive and globally connected city.

Brisbane EDA aims to create economic and social value for the City and promotes Brisbane nationally and internationally as Australia’s new world city.

Brett Fraser was appointed Chief Executive Officer of Brisbane EDA in July 2017 after joining as Chief Operating Officer in January 2016. Brett brings over 20 years global experience within the government and private sectors.

As Chief Executive Officer, Brett is responsible for delivering the city’s economic blueprint, a portfolio of economic development strategies and projects within the 2022 New World City Action Plan.

Prior to joining Brisbane EDA, over a six year period, Brett held various global senior executive positions at Vale, one of the world’s largest global diversified resources companies. Prior to joining Vale, over a thirteen year period, Brett held several senior positions within Australia and the United States of America in the Economic Development and Foreign Investment fields.

Julia Swanson is the Chief Executive Officer of the Melbourne Convention Bureau (MCB).

Since joining MCB in 2010, Julia has led the business development, bidding, convention servicing, research and Government relations teams on the successful acquisition and delivery of some of the world’s largest and most prestigious business events. She has personally led the bids for some of the most highly acclaimed global medical conferences including the International AIDS Conference 2014, World Congress of Cardiology 2014 and the World Congress of Nephrology 2019.

Prior to joining MCB, Julia was the Area Director of Sales and Marketing VIC/SA/WA with IHG (InterContinental, Crowne Plaza and Holiday Inn hotels) overseeing the Sales and Marketing performance of 8 hotels as well as new hotel openings across the region.

Julia holds a Bachelor of Business (Catering and Hotel Management) and a Masters of Business (Hospitality and Tourism Marketing). Her sales experience includes 13 years’ experience in a number of international hotel chains.

Damien Kitto
Board Member - Past President

Damien Kitto has worked in the visitor economy for more than 18 years in various roles including infrastructure development and more recently as an executive with a successful track record of facilitating collaboration across private and public sectors to position Adelaide, South Australia as a Destination of Choice and win major events.

Damien has been Chief Executive Officer of the Adelaide Convention Bureau since 2008 and in this time has worked with the business events sector to grow its high yield economic contribution to the visitor economy and key state industries.

Damien has previously held the roles of President of the Association of Australian Convention Bureaux and Deputy Chair of the Business Events Council of Australia. He has provided strong leadership with a clear strategic focus for the Australian and South Australian business events sector.

Lyn Lewis-Smith
Board Member - Past President

Lyn is the immediate Past President of AACB and Chief Executive Officer of Business Events Sydney, the organisation which provides customised specialist bidding services, partnering with a diverse range of public and private stakeholders, to secure international business events for Sydney, Australia and global communities. In the last five years under Lyn’s leadership, BESydney has secured events generating commercial outcomes greater than $1 billion.

Lyn has more than 20 years’ experience leading complex businesses spanning Tourism, Sport, Trade and Public Private Partnerships. Lyn is a Graduate of the Australian Institute of Company Directors, Business School Advisory Board Member for UTS, Chair of the Committee for Sydney’s Liveability/Loveability Taskforce, Co-Chair of DestinationNEXT and Co-Chair of the Host Steering Committee for the Global Summit of Women Sydney 2018.

In March 2017, Lyn was a finalist in the Premier’s NSW Business Woman of the Year awards. In October 2016, Lyn was named in the Top 25 Women in the Meetings Industry by Meetings and Conventions magazine.  Lyn was a State finalist in the NSW Telstra Business Women’s Awards 2015, in the For Purpose and Social Enterprise category and in June 2015 named “25 Most Influential People in the Meetings Industry” by Successful Meetings.

In 2013, Lyn co-authored the paper “Determining Business Events Legacies beyond the Tourism spend: An Australian Case Study Approach”, which was published in the highest ranking academic journal in the field of event management.

As Chief Executive Officer of Business Events Tasmania, Marnie oversees the organisation and works closely with industry and stakeholders, focusing on the on-going strategic development of the sector which reaps broad economic benefits for the state of Tasmania.

Marnie Craig has more than 15 years’ experience in senior leadership roles, with a strong aptitude for strategic planning. Throughout her career Marnie achieved success as a sales and marketing professional in both the media and building industries. As a strong operational leader, Marnie managed the Housing Industry Association’s (HIA) Western Australia business interests, which included a large event portfolio.

In 2012, Marnie moved to Tasmania and commenced as the National Marketing and Communications Project Manager for the HIA. In this role Marnie led the optimisation of business and marketing strategies across the organisation, driving change management projects to effectively implement new business methodologies. 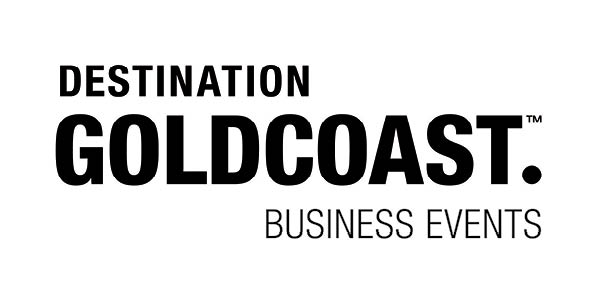 The incoming Chief Executive Officer (CEO) of Destination Gold Coast (DCG) will be a newly appointed Director on the AACB Board.

DGC improves the quality of life and sustainability of the Gold Coast for both its tourism industry stakeholders and the broader community.

Gareth was appointed Chief Executive Officer of the Business Events Perth (BEP) in July 2019, having been with the organisation for 11 years.

As a leader, Gareth focuses on open communication and building genuine relationships at all levels with clients, stakeholders and his team, to foster their engagement in a shared vision and successful business outcomes. This approach has enabled significant and repeated successes across multiple organisations in the WA Tourism, Resource and Pharmaceutical sectors.

As the Head of Northern Territory Business Events (NTBE), Rebecca leads a geographically-dispersed team to promote the Northern Territory, to national and global audiences, as a competitive, distinctive and meaningful destination to stage business events. Rebecca joined NTBE in 2009 following a decade-long career in hotels, spanning several brands and continents where she built the foundations of her commercial experience.

Rebecca’s role was created to support the NTBE’s strategy to identify new business event opportunities by leveraging the Northern Territory’s strength industries. Rebecca achieves this by building compelling business cases to attract Business Events which will provide economic and social benefits to the NT.

Mark has recently joined Tourism Tropical North Queensland as the CEO after 25 years in the tourism and hospitality industry.  From washing dishes to national and international strategy development.

Mark has worked in over 70 countries with a focus on sustainable tourism, experience development, destination strategy including aviation and access, commercial operations and feasibility and consumer marketing.

The incoming Chief Executive Officer (CEO) of Visit Sunshine Coast (VSC) will be a newly appointed Director on the AACB Board.