ABOUT THE CONGRESS
The World Aquaculture Conference is the largest aquaculture conference in the world and is held annually rotating between a number of continents. Australia last hosted the event 15 years prior in Sydney in 1999.

The World Aquaculture Conference brings together worldwide consultants, farmers, technicians, investors and general professionals of the global aquaculture industry. The conference provides business to business opportunities between industry leaders currently worth A$100 billion pa globally and growing at a rate of 10% pa.

The 2014 Conference provided an invaluable platform for experts around the world to share their ideas and knowledge. Eighty individual sessions were conducted during the conference with a quarter relating directly to sustainability and social responsibility within the sector.

The World Aquaculture Conference was the largest held at the Adelaide Convention centre in 2014, far exceeding event organisers’ and delegates’ expectations. For the 5 day Conference, 2000 delegates attended with over half coming from 65 countries of origin. World Aquaculture

2014 generated considerable economic benefit to South Australia and was well aligned with one of the State’s key economic priorities.

The South Australian aquaculture industry is highly regarded around the world and is leading the way in implementing dedicated aquaculture management legislation. Sustainable aquaculture is acknowledged as the greatest opportunity to meet the demand in growth of the world’s future seafood needs and South Australia’s successful governance and framework in this area was viewed as highly favourable amongst decision-makers.

“I thank in particular the Government of South Australia for its sponsorship of World Aquaculture 2014 and the huge commitment of resources and staff it made to ensure the event was successful.
As one of the leading aquaculture states in Australia, it is most appropriate that this conference was held in the beautiful city of Adelaide.”
Dr Graham Mair- Immediate Past-President,
World Aquaculture Society 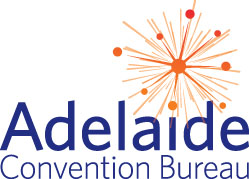